It’s no secret that the Isle of Wight is one of the most haunted islands in the world. Castles, manor homes, hospitals, pubs, roads, cliffs — everywhere you look the island is overflowing with creepy tales of ghostly apparitions and disembodied voices. It’s more difficult to find a part of the island that doesn’t have a ghost story than one overflowing with eerie local legend.

One particular paranormal hotspot, the former county asylum Whitecroft Hospital, is apparently haunted by not one, but dozens of ghosts. And if you want to live through your own horror film (as long as you have a hefty supply of sage and a local priest on speed dial) you can now purchase a haunted piece of Victorian history as your future home. Sound tempting?

A Brief History of Whitecroft Hospital

Prior to the construction of the former Whitecroft Hospital, patients from the Isle of Wight had been sent by boat to Knowle Hospital on the mainland outside Portsmouth. But due to overcrowding at Knowle in the early 1890s as well as additional hospital fees for island patients, a proper asylum based on the island became a necessity. After securing a building location outside of Newport, construction on the island’s own asylum began in 1894. The hospital, then called ‘Isle of Wight Lunatic Asylum’ admitted it’s first patients in 1896. In total, the construction on the hospital cost around £60,000 (not including the equipment) and could house approximately 310 patients.

At the beginning of it’s first year, Whitecroft Hospital had 202 patients with the number increasing to 304 by the end of 1897. In 1899, the majority of patients were committed to Whitecroft for ‘mania’ (49 men and 93 women) with the second highest number (31 men and 60 women) committed for dementia. By 1927, there were 328 patients (119 men and 209) at Whitecroft and occupational classes had commenced where women were taught handiwork (basket making and knitting) and male patients worked on the farm or in the tailor’s shop, carpenter’s shop, or the Engineering Department.

As with Knowle Hospital 40 years earlier, overcrowding became an issue at Whitecroft in the 1930s. During the outbreak of WWII the hospital had an overwhelming 400 patients, requiring an additional 40 beds to be squeezed into the recreation hall. However, by the end of 1975, only 270 of the then 410 remaining beds were occupied, placing Whitecroft amongst the lowest occupancy rates in England and Wales.

During the 1980s and 1990s, asylums across the country were closing as regular hospitals were better equipped to help former asylum-bound patients. The decline of the asylum in the United Kingdom was also attributed to the passing of the Mental Health Act 1983 and the Care in the Community policy of deinstitutionalisation which allowed some patients to be cared for in their own home. The time of Victorian ‘lunatic asylums’ was long over, and Whitecroft Hospital officially closed it’s doors to inpatients in 1992 after nearly a century of service. For the next two decades, the buildings sat abandoned.

The hospital has since been converted into luxury flats and renamed the more appealing Gatcombe Manor. Due to it’s designation as an important historical property, the building has retained most of it’s original windows and door joinery as well as architectural details. The flats, however, maintain little resemblance of their former selves, offering a spacious and contemporary living space. And at the center of the development, surrounded by newly built homes and converted nurses quarters, stands the historic Grade II listed clock tower surrounded by a lovely residence garden.

From the very vague records I was able to track down, it doesn’t appear that there was any disclosed malicious activity occurring at Whitecroft Hospital. While our definition of mental health and how we treat patients has changed significantly since Whitecroft’s time, the hospital’s history doesn’t match the asylum stereotypes often present in film and literature (we can thank Bedlam Royal Hospital in London for those popular tropes). For instance, I haven’t seen any evidence of things like electrotherapy and lobotomies occurring at Whitecroft. But nothing has really been made public on the lives and experiences of the individual patients so it’s difficult to get an idea of what treatment and daily life was like outside of generalised administrative records. So can Whitecroft’s ghosts shed some light on the nature of the hospital’s past?

As popular culture has taught us, any former ‘insane asylum’ has it’s fair share of ghost stories, and Whitecroft Hospital is no exception. According to local legend, there are ghosts lurking around pretty much every corner, making it one of the most haunted buildings on the entire island.

And the hauntings didn’t begin after the hospital closed in 1992. A resident at the hospital in October 1984 allegedly saw a misty white figure standing at the end of their bed sometime between 9PM and 1030PM. Two other residents reported seeing a man with no eyes wandering around the premises on two separate occasions.

During recent renovations, builders claimed to experience a number of strange phenomenon on the property. Many have said they felt as though they were always being watched and others claimed to feel tapping on their shoulder by someone, or something, that wasn’t there. Other builders have told stories of seeing the ghosts of former nurses walking around as if the hospital was still open for business. It’s said that the base of the clock tower is one of the most active places for unexplained activity and some builders apparently refuse to work anywhere near that area of the site.

A number of witnesses have also reported seeing the ghost of a former doctor wandering through one of the property’s carparks and occasionally peering into the windows on the ground floor before vanishing (a little invasive for whoever bought the ground floor flats). Another ghostly doctor has been spotted rushing through the former first floor wards wearing a dark suit and cravat with a head of unkept hair. He is often seen followed by another figure thought to be his assistant. The former nurses quarters is apparently also filled with paranormal activity with reports of doors frequently opening and closing by themselves.

Whether or not these stories are local legends or if anything nefarious actually happened in the hospital’s heyday, I’m incredibly jealous that some lucky buyers secured their own piece of haunted island history. And if you’re looking to live your own haunted house fantasy, this might be the place for you!

[Photos of the renovated flats are available on the Mildren Construction website.] 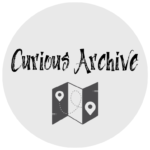